Skip to main content
NEED TO APPLY FOR A VISA?CLICK HERE

Back to news of GVCW
Global Times News on GVCW 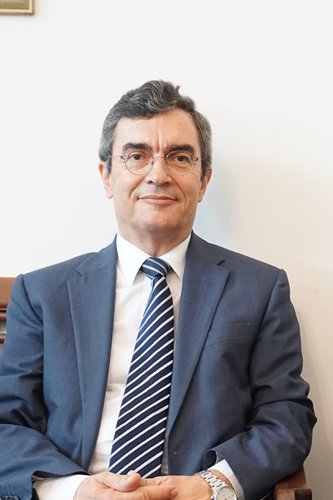 The new visa application center for Greece opened in Beijing on June 7, marking the growing visa businesses and bilateral interactions between China and Greece.

China has been a familiar market to the sole visa service provider for Greece Global Visa Center World (GVCW). GVCW is also the company who runs the new visa application center in Beijing, making it the 15th visa center across the country. According to GVCW, they are upgrading the quality of visa service in efficiency and, in most cases, they will be able to complete visa processes in one or two days, with the maximum time being up to one week.

The Global Times (GT) sat with the President of GVCW, Eleftherios Economou, the former Greek Minister of Public Security, who talked about his visa business and his Chinese experience.

GT: When was your first connection with China?

Economou: The first time was during the 2004 Summer Olympics in Athens when I interacted with the Chinese delegation in relation to public security, and the second time was when I visited China during the 2008 Beijing Olympic Games and talked with Chinese counterparts about public security.

As a former head of the Public Security of Greece, I have very good relations with the Chinese government in this aspect. Because of this relationship, I also became familiar with China and the Chinese community in Athens where my initial interest in China began. In 2011, I participated in a mission to withdraw 13,000 Chinese residents from Libya to Greece, after which they returned to China.

GT: Is this your first time in China?

Economou: This is my fifth time coming to China. I came to China as a Greek Minister of Public Security and as a tourist in the past. I have many Chinese friends, and my daughter studied at the University of International Business and Economics in Beijing for a year in 2013. When I was in China visiting my daughter, I traveled to many cities and provinces including Beijing, Shanghai and Guangzhou, Guangdong Province.

GT: Why did you decide to be in the visa sector after retiring from the Ministry of Public Security?

Economou: The company I work for provides visa application services for Greece to residents of over 70 countries and regions. China is one of our major markets. I am thankful for the trust of the Greek government that I am able to take over this important work for our country. To me, it is my new responsibility to make an accomplishment in this field as quickly as possible. Also, my daughter's love for China also influenced my decision to be the president of GVCW.

GT: Tell us about your daughter.

Economou: She has many friends in China, and her MBA was related to China. She has always been very interested in China - a country of ancient civilization like Greece. She is in Greece now. She is still continuing to study about China, and her dream is to make contributions to cultural connectivity between China and the West, especially in tourism.

GT: What is your expectation for your work at GVCW?

Economou: Greece is an entrance for Chinese tourists and investors to the European member countries. I hope that we can play our part to support the bilateral interactions and exchanges on both sides. From a company's perspective, we hope to work more closely with the Greek embassies and consulates in China to shorten the time for visa application for Chinese people.

Our goal is to expand our business by including more countries in our services. In terms of our service in China, we now have 15 visa application centers nationwide and there should be more in the future. In addition to the visa application service, we will also play the role of a bridge in connecting Chinese business people from both countries.